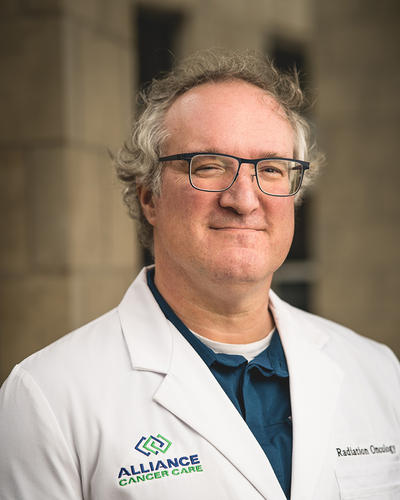 Dr. McCarty is a member of the American Society of Radiation Oncology, the Medical Association of the State of Alabama, the American College of Radiation Oncology and the Madison County Medical Society. He is currently serving as the Physician Liaison for Huntsville Hospital Committee on Cancer and has previously served as the Chairman for that Committee. He serves on the Board for the Huntsville Hospital Foundation.

He has served as the Chairman of the Leadership Council for the Madison County chapter of the American Cancer Society. He currently serves on the State of Alabama Board for the American Cancer Society. He is proud to have served as the President of the Board for the Alabama Chapter of the ALS Association in the fight against Lou Gehrig’s disease, as well as on the Board of Representatives and the Care Services Committee for the national ALS Association.

Dr. McCarty has been with the Alliance Cancer Care since 2007.